The ADG Code is constantly being reviewed, with editions published every two years with updates to the rules by which dangerous goods must be transported. Every new edition has a one year transition period in which the outgoing and the incoming codes exist side-by-side. This allows organisations the time to make changes to their systems and processes.

The period of transition from Edition 7.5 to Edition 7.6 is rapidly coming to an end, with Edition 7.6 being the only document in effect from 1 July 2019.  With this shift comes a host of changes that affect how you transport dangerous goods including, but not limited to, changes in terminology, changes to limited quantities, removal of retail loads, and changes to documentation.

The Main Changes in Edition 7.6 of the ADG Code

The term ‘subsidiary risk’ has historically been used to refer to the secondary potential effect associated with a dangerous good.  For example, a substance could be toxic as well as corrosive.  In the new edition of the ADG Code, the new term ‘subsidiary hazard’ is used to better align with the global usage of the word ‘risk’.
In order to lessen the impact on duty holders within organisations, a new clause has been added to Edition 7.6 of the ADG Code where, for the purposes of compliance, the two terms (‘subsidiary hazard’ and ‘subsidiary risk’) are equivalent.

Action: While there is no requirement to change terms at this point in time, the change is coming and upcoming reviews of your dangerous goods transport policies, procedures and other documentation should consider incorporating the change.

In ADG Edition 7.6, a new clause “Mixed Packet (Lower Risk) Dangerous Goods” has been introduced. Household cleaning products that are dangerous goods and meet the requirements of limited quantities (not including aerosols, pool/spa chemicals or toxic gases) may be packed into a “Mixed Packet (Lower Risk) Dangerous Goods” package where the package weighs less than 10 kg and does not contain food or more than 50% dangerous goods by volume.

A similar section has been added regarding Personal Care Products whereby no other dangerous goods requirements apply (including labelling) provided the containers meet the limited quantity weight/volume requirements and are designed not to leak. However, this does not apply to aerosols.

There is no requirement for the consignor to produce Dangerous Goods Transport Documentation for the transport of Mixed Packet (Lower Risk) Dangerous Goods or Personal Care Products.

These reduced requirements offer a less onerous duty on organisations transporting small quantities and/or small volumes of dangerous goods, particularly where the goods are low risk.

Action: Check the ADG Code carefully to see if your products qualify for transport under the Concessional Limited Quantities rule.

There have been some updates to the way that batteries, particularly lithium batteries, are transported.  This includes clarifications about safe transport, packing and packaging, including new packing instructions for defective or damaged lithium batteries.  There are also limitations on the lithium content of these batteries.

One notable change, which is already in effect, is a change in placarding of cargo transport units from the Class 9a diamond, required by Edition 7.5, to the generic Class 9 diamond, as shown below:

Action: If you are transporting batteries, even for recycling or disposal, it is a good time to brush up on the requirements.

The classification of ammonium nitrate-based fertilisers has changed to be based on the requirements of the United Nations Economic Commission for Europe (UNECE) “Manual of Tests and Criteria” rather than appearing on the list of ‘Other substances presenting a danger but not meeting definitions of another class’.

This results in ammonium nitrate-based fertilisers being assigned as Class 9 for transport purposes.

A new section appears in Edition 7.6 - regarding articles which contain dangerous goods not otherwise specified, or ‘N.O.S.’. Articles are defined as manufactured items with a designed function, including batteries, aerosols and gas-filled lighters, that contain dangerous goods as an integral element of the article that cannot be removed for transport.

Where a mixture of dangerous goods, or articles containing dangerous goods, is described as ‘N.O.S.’, no more than the two main constituents which predominantly contribute to the hazard(s) need to be identified, as shown in the example below:

Action: Ensure that labels on goods you transport are correct.

Edition 7.6 of the ADG Code has some changes to the packing requirements.  While some are minor wording changes, some will have an impact on organisations arranging for the transport of dangerous goods.

Where the risk of dangerous goods is lowered using temperature control, there are now requirements for the words “Temperature Controlled” to be included on the transport labelling.

In addition, bundles of cylinders (defined as assemblies of cylinders interconnected by a manifold and transported as a unit) are no longer subject to the requirement for rigid sides/gates on transport vehicles where they are restrained in accordance with the Load Restraint Guide.
These changes open opportunities for the use of different vehicles where cylinders are transported in bundles and creates a degree of visibility around loads that need to be temperature controlled.

The requirement for placarding is now not restricted to cargo transport units and needs to take into account bulk containers.  This includes using the environmentally hazardous substance mark (below) when this is required - usually when road/rail transport is being combined with sea transport. 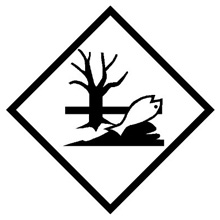 The design of packaging is also part of the update, with new standards available for multiple different types of containers.  In particular, this applies to gas cylinders, so make sure your suppliers are up to date with the requirements.

For assistance with complying with Edition 7.6 of the Australian Code for the Transport of Dangerous Goods by Road or Rail, contact your nearest Greencap office. 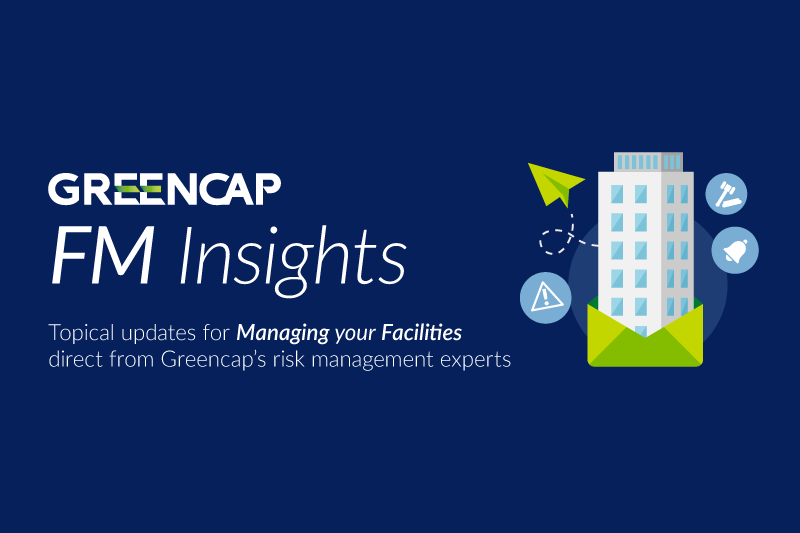 News
Introducing Greencap's FM Insights!
Facility owners, managers and employers are all confronted with an ever-broadening range of… more
Image The world has recently been witnessing an ever-changing landscape – globally, nationally and…
Read more
Image 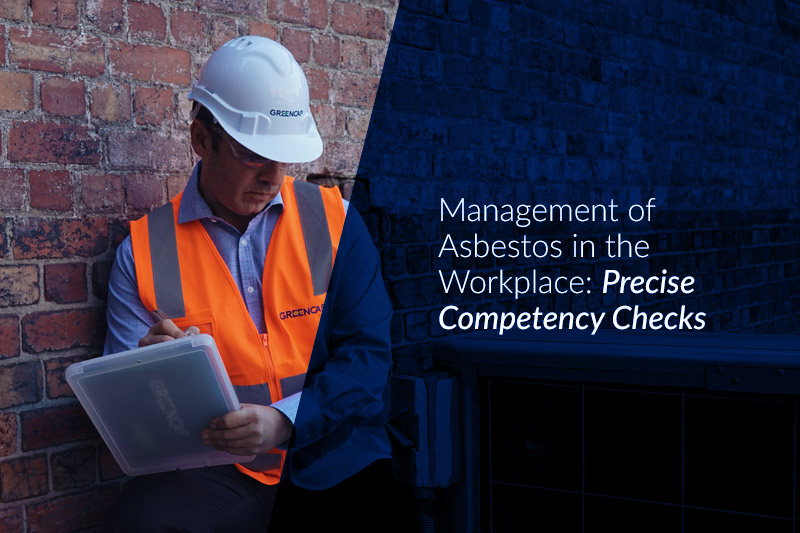 Management of Asbestos in the Workplace: Precise Competency Checks

Facility owners, managers and employers are all confronted with an ever-broadening range of…
Read more